You can also watch our VIDEO TUTORIAL for this topic.

SSH, Telnet, and Rlogin are three ways of doing the same thing: logging in to a multi-user computer from another computer, over a network. Multi-user operating systems, such as Unix and VMS, usually present a command-line interface to the user, much like the ‘Command Prompt’ or ‘MS-DOS Prompt’ in Windows. The system prints a prompt, and you type commands that the system will obey.

Using this type of interface, there is no need for you to be sitting at the same machine you are typing commands to. The commands, and responses, can be sent over a network, so you can sit at one computer and give commands to another one, or even to more than one.

Generally, these types of logins are done for VPS or Dedicated Servers.

The primary goal of PuTTY is to become a multi-platform application capable of executing in most operating systems. It can be considered like an xterm terminal for most purposes. 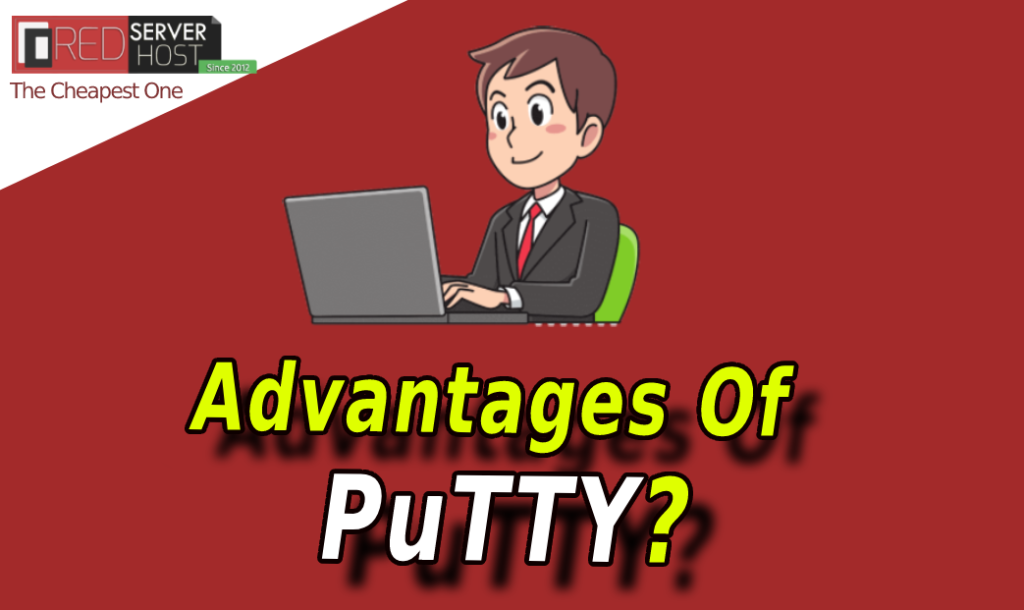 PuTTY provides advantages, especially when working remotely. It is easier to configure and is more stable. It is fast. It is also more persistent in comparison to others, as a remote session can be resumed as soon the connection is restored after an interruption. Many variations on the secure remote terminal are supported by PuTTY. Some terminal control sequences like the Linux console sequences which are unsupported by xterm are supported by PuTTY. We can easily run Linux commands here and all of them will be executed directly on the command line interface of the real system.

The latest version of putty is 0.76. Download it here.

Putty is for the windows operating system. It uses Port 22 as a default port for connection.

How To Connect SSH Through Putty?

After downloading and installing, when you open putty, it will show you this screen. 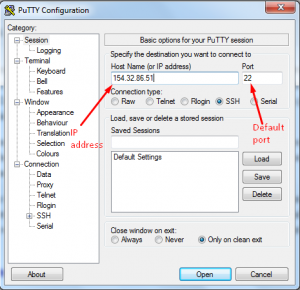 To connect to your Linux, Unix system you need a hostname or IP address. Putty is specially used to connect to Linux servers. In the putty configuration window, you need to enter server IP, SSH port and then open the connection to SSH.

If your server is up and the port is open for SSH connections, then you will be taken to a new window which will be a command-line interface. A black-colored window opens up. It will ask you for the user for which you want to log in and then the password. (Remember, when you will type or paste a password, it will show nothing. This happens in a Linux environment for security purposes). 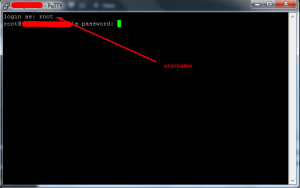 If your login credentials are correct then you will get access to the system/machine/server and then you can execute various Linux commands.